All Collections
POAP Ecosystem
What Is POAP.vote?

Written by Samuel Gilbert
Updated over a week ago

POAP.vote is a tool that can be used by anyone to create polls, outreach surveys, proposals, and general-purpose votes targeted toward holders of specific POAPs. It's often used by groups that would like to gather feedback from verified members of their community. 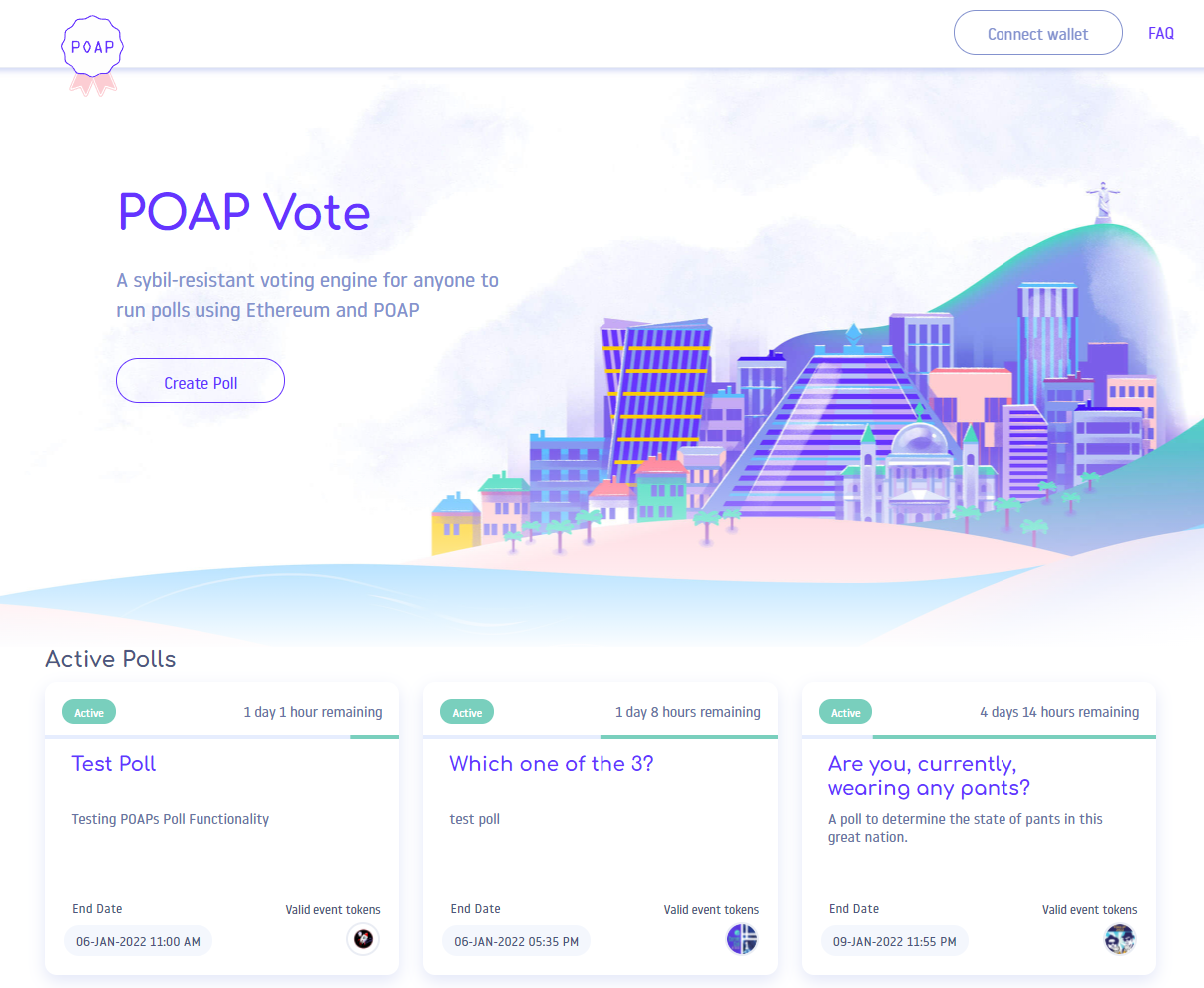 How does it work?

When a POAP.vote poll is created, the creator may specify as many poll options as they'd like for users to vote on. Specific POAPs are then specified, the holders of which are allowed to place their vote in the poll. 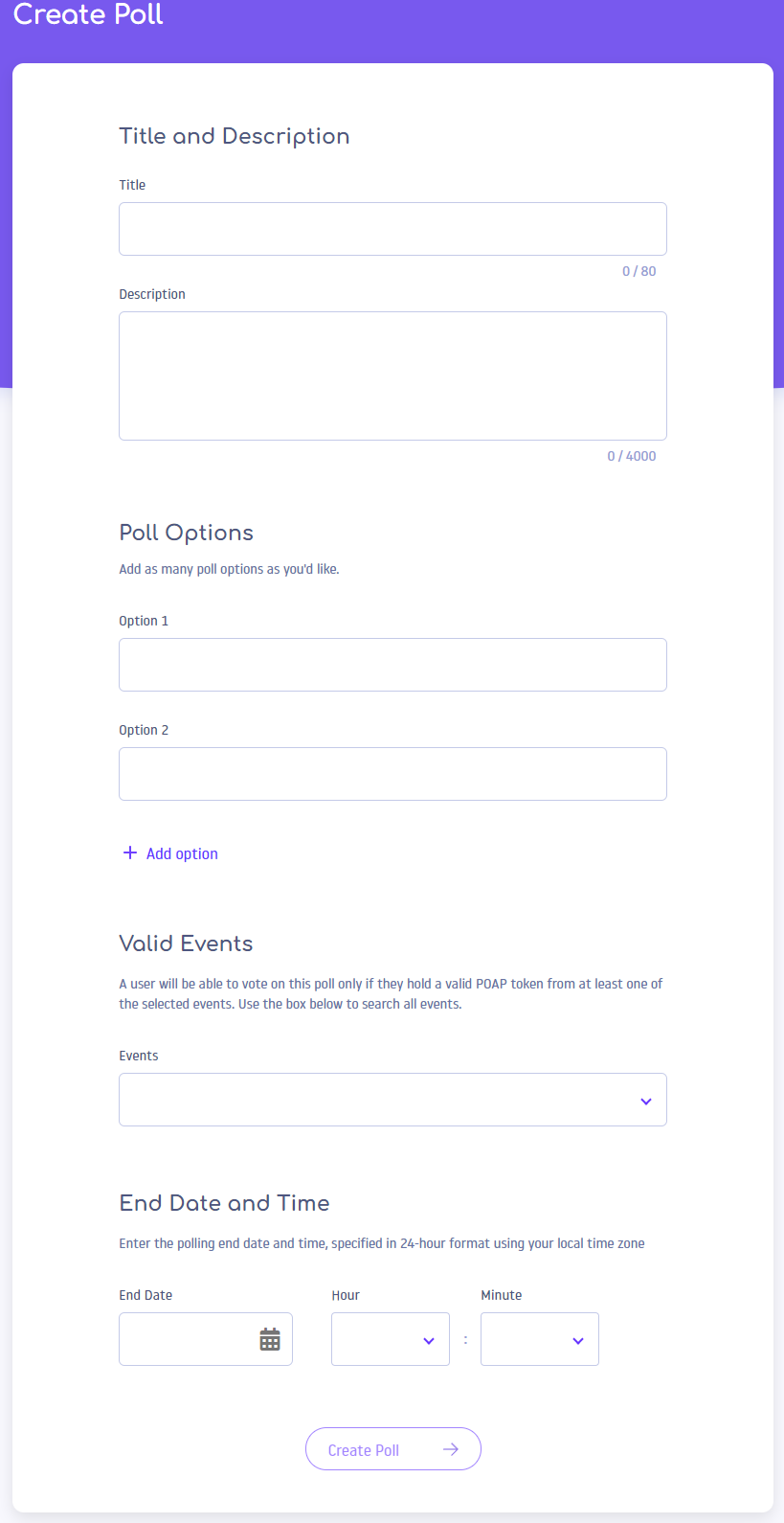 Once created, users may begin voting on your poll/survey/proposal by simply connecting their wallet, selecting the option they'd like to vote on, and clicking "Place your vote →" as seen below: 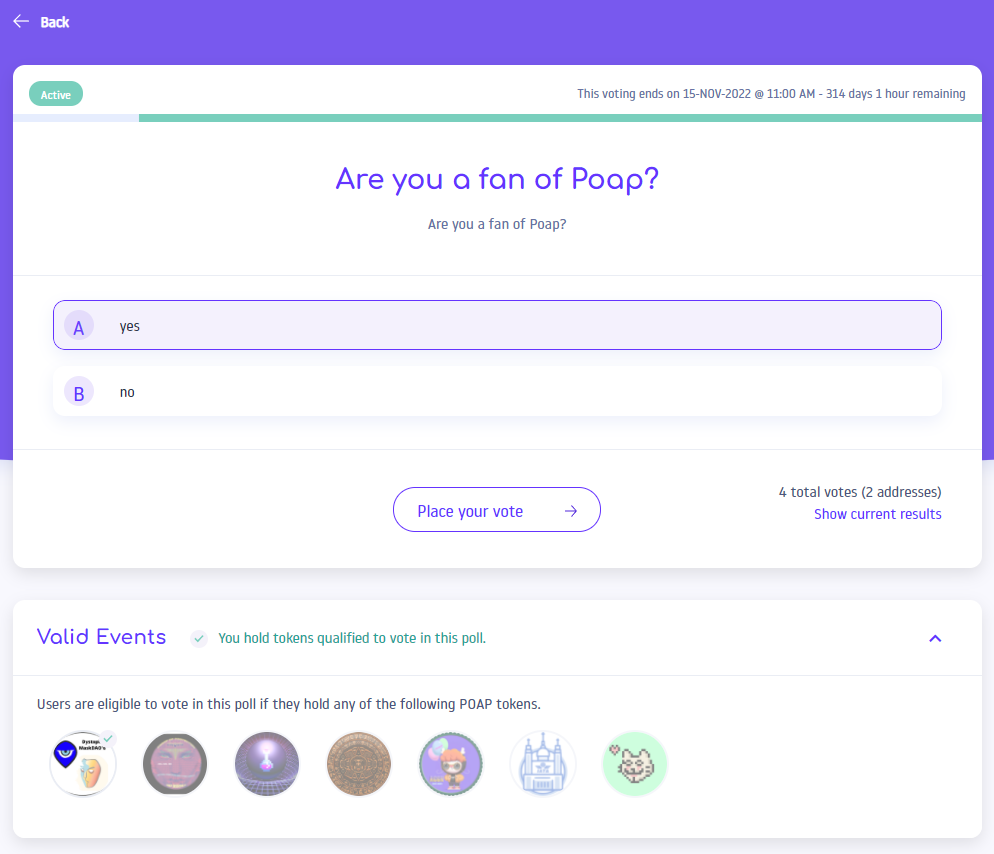 Users who hold one of the qualifying POAPs may click the "Show current results" button to see the results of the poll/survey/proposal. This can then be adjusted to reflect the total number of votes vs. the total number of voting addresses. These two numbers may differ, as users that hold multiple qualifying POAPs will have multiple "ballots" to use in their vote. This is a valuable feature, as the POAP.vote creator may choose which method they would like to use when interpreting the data. If they'd like to value the opinions of community members with more history/engagement (reflected in their POAP collection), they may do so. 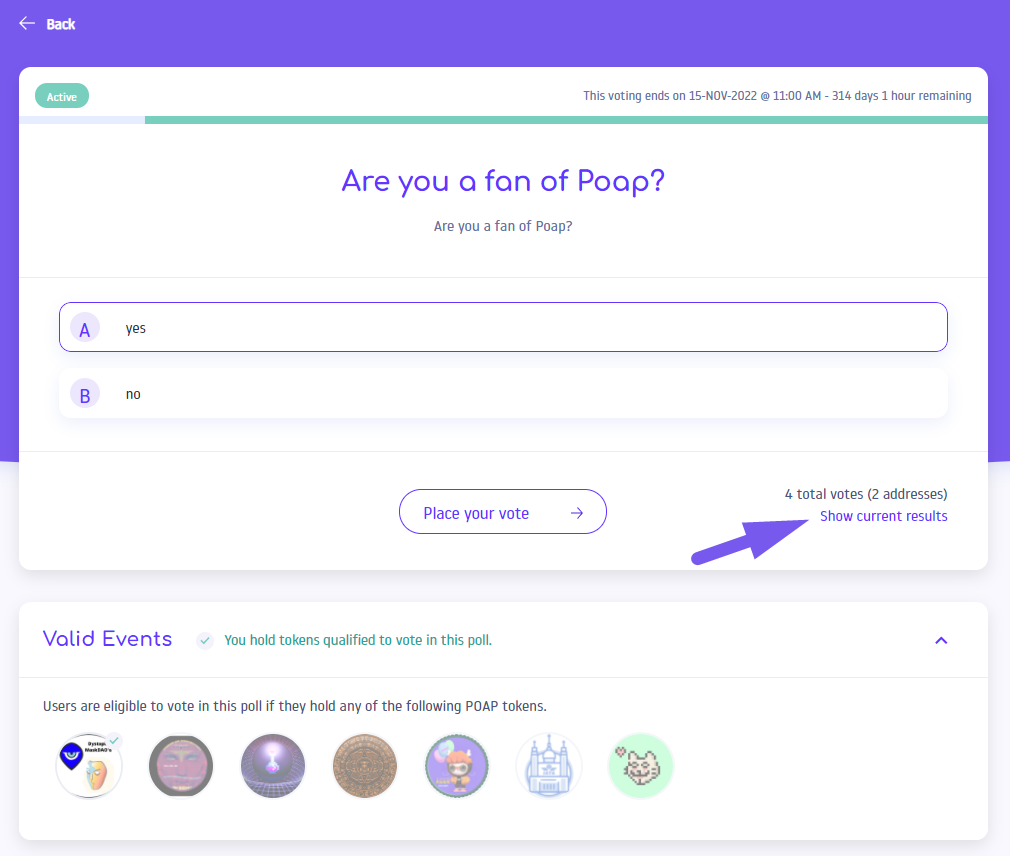 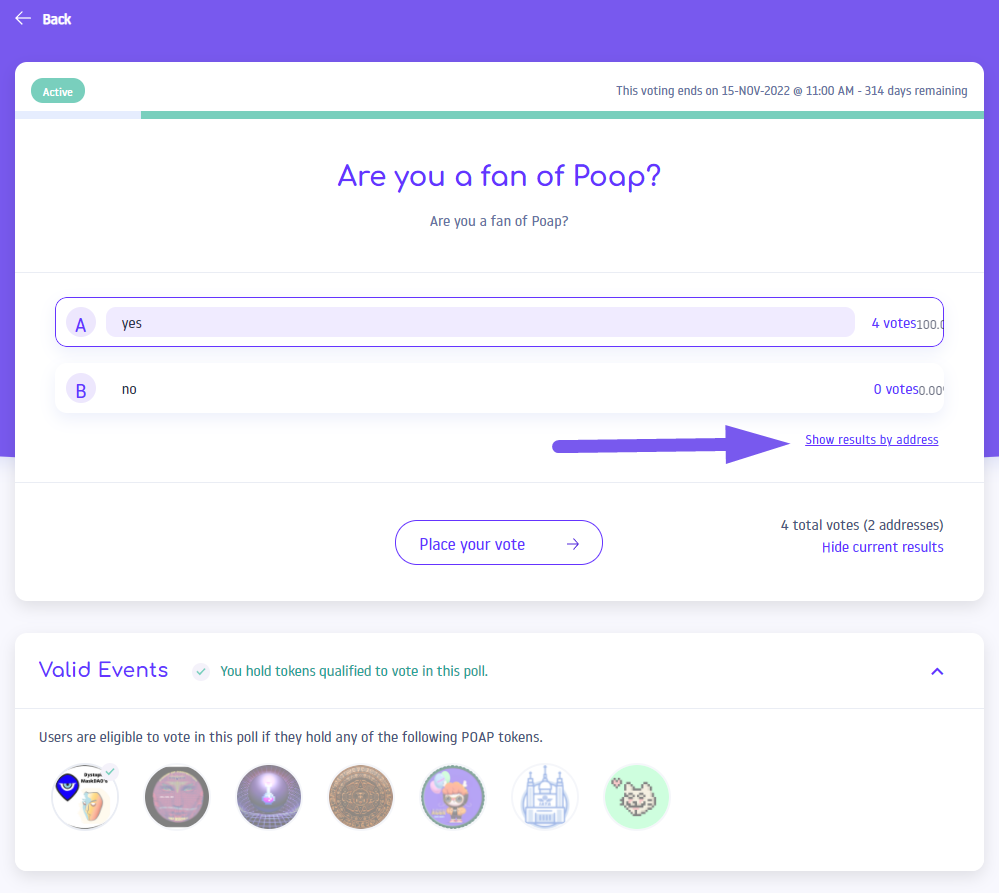 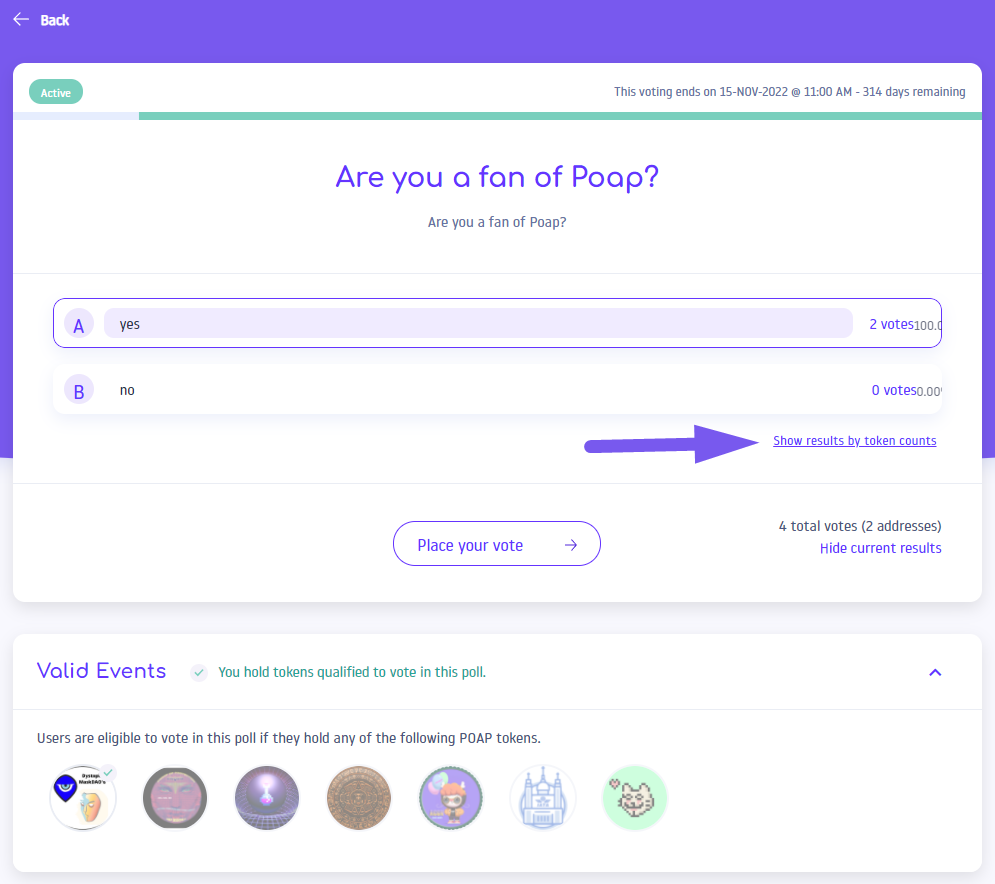 Nothing! POAP.vote is entirely free.

Did this answer your question?